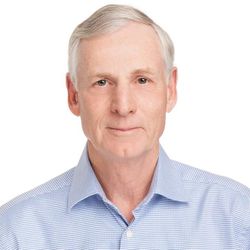 William G. Bock is an Independent Board Director serving on public, private and non-profit Boards. He presently serves as Chairman of the Board for SailPoint Technologies (NYSE: SAIL) and for SolarWinds Corporation (NYSE: SWI). He is an independent director for Silicon Laboratories Inc. (NASDAQ: SLAB) and for Tasktop Technologies. He is also co-founder and Chairman of the Board for the Entrepreneurs Foundation of Central Texas.

Mr. Bock was previously employed by Silicon Labs as President (2013-2016) and as SVP & CFO (2006-2011). Prior to joining Silicon Labs, he participated in the venture capital industry, primarily as a partner with CenterPoint Ventures, and previously held senior executive positions with three venture-backed companies. Mr. Bock began his career with Texas Instruments. He holds a B.S. degree in Computer Science from Iowa State University and an M.S. in Industrial Administration from Carnegie Mellon University.